Masterclass with 2018 Holberg Laureate Cass Sunstein: "What to do about human error"

The Holberg Prize has invited six Nordic PhD candidates to discuss the topic "What to do about Human Error" with Holberg Laureate Cass Sunstein in Bergen on 4 June.

What to Do About Human Error

In recent decades, we have learned a great deal about human error. For example, people tend to focus on the present rather than the future; to be unrealistically optimistic; to make mistakes in assessing risks; to be overconfident; and to pay attention to only a subset of the considerations before them. Obesity is one result; another is premature death. A large question, for societies and individuals alike, is what to do about human error. What interventions, from the private or public sector, would work best? When is coercion justified? When is liberty the solution? What about education? What is the role of machine learning and algorithms?

Professor Cass Sunstein is currently Robert Walmsley University Professor at Harvard University. He is widely regarded as the leading scholar of administrative law in the U.S. and his scholarship spans several major areas, notably behavioral economics and public policy, constitutional law and democratic theory, legal theory and jurisprudence, and the regulation of risk. From 2009 to 2012, he was Administrator of the White House Office of Information and Regulatory Affairs, where he helped oversee a wide range of reforms involving safety, air quality, civil rights, open government, climate change, economic opportunity, health, and reduction of poverty. He is the founder and Director of the Program on Behavioral Economics and Public Policy at Harvard Law School.

The PhD candidates will prepare a 5-minute presentation related to the topic "What to Do About Human Error," as well as questions for Professor Sunstein. The discussion will be held in English.

These are the panellists: 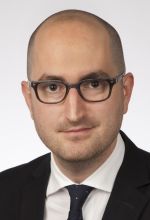 «Because nudge theory “aims” to bridge the gap between libertarianism and paternalism that is a salient feature of public health policymaking, the work of Sunstein/Thaler in this area is theoretically important in my study.»

Carlin is a PhD candidate in Public Law at the Faculty of Law at Lund University, Sweden. He has previously worked as a law clerk in a court and, as a member of the Swedish Bar Association, as a litigator. Carlin's research interests lie in Nordic and American Constitutional Law and Law and Behavioral Sciences. His doctoral thesis concerns the area of law where Constitutional and Local Government Law converge: constitutional protections for and limitations on local self-rule. He focuses mainly on ways in which the constitution enables (and disables) actions by cities to steer its habitants towards better individual decisions in the field of public health. 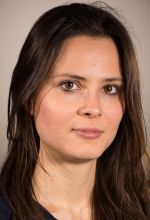 «My proposal for the 2018 Holberg Masterclass with Prof. Sunstein is to question whether and how national courts have a say in assessing errors allegedly entrenched in governmental climate decisions and policies.»

Colombo is a PhD candidate at the Faculty of Law at the University of Bergen. She has an LL.M. from Columbia Law School, and she has practiced law as a trainee lawyer in Italy and Germany.  Colombo's PhD thesis is on access to justice for individuals and NGOs in climate change cases before national courts. She teaches human rights, environmental rights, energy law and American law. Additionally, she is co-founder of a start-up on food waste reduction. 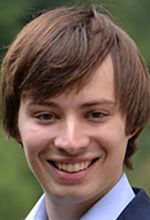 «At first glance, it might appear that [my research] topic—dealing as it does with mitigating risk from errors in ‘artificially’ intelligent systems—would have little to do with questions of ‘human’ error. I beg to differ, and I hope to persuade you that these questions are closely aligned.»

Maas is a PhD Fellow at the Centre for International Law, Conflict and Crisis at the University of Copenhagen, where he works on a project on  “Law and Policy on Global Catastrophic and Existential Threats”. Maas' current research focuses on questions of appropriate, legitimate, and effective governance strategies to deal with for risks arising from emerging technologies, specifically artificial intelligence. As an analyst and researcher, Maas has also done different types of work related to strategic studies and risk in the past. 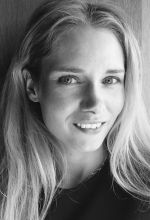 “I am intrigued by Professor Sunstein's idea of employing a nudging-mechanism to counteract human error in the public interest. His scholarship has made me reflect on my previous research, in terms of whether nudges could be created and imposed to counteract problems that arise from the interaction of private and public law.”

Valgerdur is a PhD Fellow at the Faculty of Law, University of Copenhagen, and at the Faculty Of Law, University of Iceland. She is a LL.M. graduate of Fordham University School. Solnes’ research focus is primarily commercial and public law. Solnes har previously worked as a lawyer at the office of the Parliamentary Ombudsman, and clerked at the Supreme Court of Iceland. At the Masterclass, she wishes to explore how Sunstein’s public interest scholarship can be framed in the context of the Nordic welfare states. 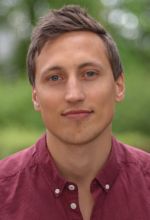 “Professor Sunstein’s work on markets, and on the limits of rational choice, and the normative justification for state intervention, have been vital influences on my own work.”

Sterri is a PhD Fellow in philosophy at the University of Oslo, where he works on a dissertation on the ethical limits of markets. He is the author of Tilbake til politikken (Back to politics) (Kagge, 2014), where he used Sunstein’s work on libertarian paternalism to outline a social
democratic health care policy. He has also worked as a columnist for Dagbladet, one of Norway’s larges dailies. Sterri's current academic work on the ethical limits of markets is particularly concerned with surrogacy, sex work, and organ trade. 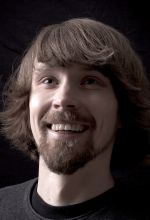 «I have drafted a possible post.doc. research program related to assessing the applicability of the insights gleamed from behavioural economics and nudge theory in controlling or diminishing what is considered as existential risks.»

Tuominen is a PhD candidate in Psychology and a Junior Researcher at the Department of Psychology and Speech-Language Pathology at the University of Turku. He is also a licesced psychologist. His research primarily focuses on states and contents of consciousness, especially on mental simulation, but he has also been very much involved in Sunstein's work, particularly Nudge theory and other aspects of Behavioural Economics.