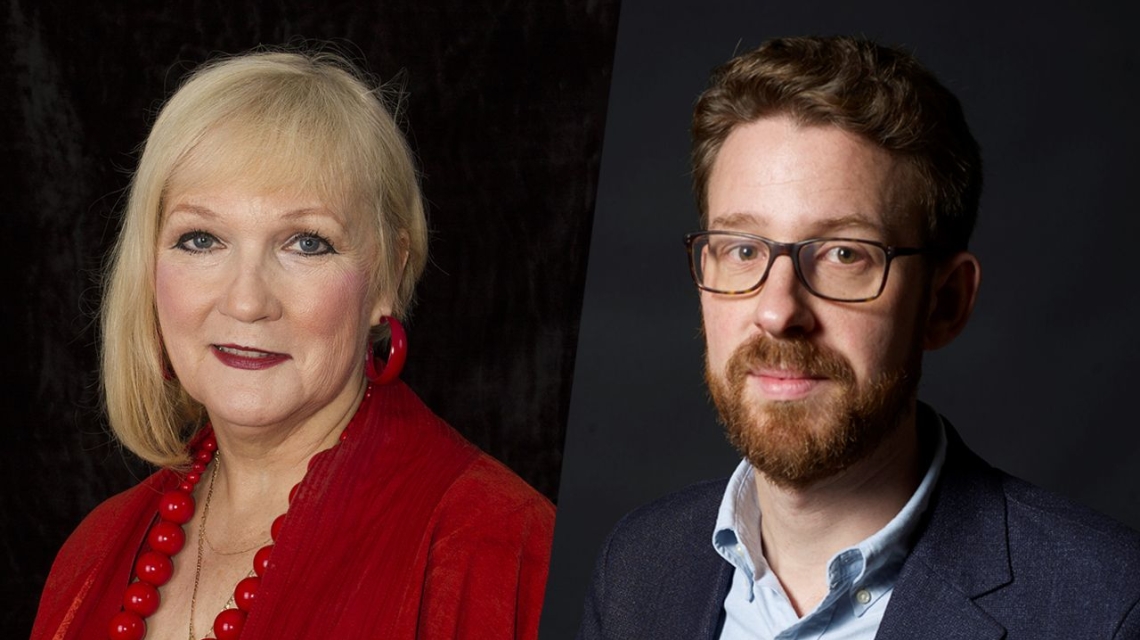 The 2020 Holberg Prize is awarded to British-Canadian scholar Griselda Pollock for her contributions to feminist art history and cultural studies. The Nils Klim Prize is awarded to Danish theologian Frederik Poulsen for his research on The Old Testament.

The 2020 Holberg Prize and Nils Klim Prize Announcement Ceremony was held at Media City Bergen on 5 March. Speakers included Chair of the Holberg Board Sigmund Grønmo and Prorector of the University of Bergen Margareth Hagen.

Today, the Holberg Prize named South African-born, Canadian and British feminist art historian and cultural analyst Griselda Pollock as its 2020 Laureate. Pollock is currently Professor of Social and Critical Histories of Art at the University of Leeds. This is the first time that the Holberg Prize is awarded to an art historian.

The Holberg Prize is an international research prize awarded annually to a scholar who has made outstanding contributions to research in the arts and humanities, social sciences, law or theology. The Prize is worth NOK 6,000,000 (approx. USD 700,000) and was established by the Norwegian Parliament in 2003.

Griselda Pollock is a world-leading figure in feminist, social, queer and postcolonial interventions in the histories of art and cultural studies, and she has influenced thinking on gender, ideology, art and visual culture worldwide for over 40 years. She will receive the Holberg Prize for her profound influence on art history, as well as on related fields—including feminist cinema studies, trauma studies, and Holocaust studies.

A New Concept of Art

Pollock helped create feminist art history as an academic field in the 1970s and has remained a renowned authority in her field since then. Through the use of transformational concepts in her approach to art history and cultural studies, she has changed scholarly and curating practices. By re-thinking visual art through the entangled lenses of gender, class and race, Pollock has made visible the most ground-breaking works by artists who have otherwise been excluded from the canon of art history.

Describing the key purpose of her work, Pollock says: “I analyse and resist the injuries of class, race, gender, sexuality as they are inflicted through images and cultural forms such as media, cinema, art, literature and academic thought.”  “I have spent forty years creating new concepts with which to challenge art history’s white patriarchal structure to produce ways of thinking about art, its images, its practices, its effects that are not about admiration of selective greatness,” the Laureate explains. “Instead I seek understanding of the work that art does as representation and of how representations shape ideas about the world and who we are in it.”

To date, Pollock has published 22 monographs, and four are forthcoming. She has edited 20 books and published hundreds of scholarly articles in journals and books.

Pollock’s first major scholarly contribution was Old Mistresses: Women, Art and Ideology (1981), co-authored with Roszika Parker. This was a radical critique of the discipline of art history and the selective art historical canon and its gendered structures. It has become a classic work of feminist art history, and it will be re-issued this year. The same intellectual radicalism and solid historical research are evident in her works on Bracha Ettinger (2011) and Charlotte Salomon (2018).

Her landmark book Vision and Difference (1988) performs a feminist analysis of the formation of modern culture. Translated into several languages, its theoretical and methodological daring has had profound international influence. Moreover, her articles and catalogue essays on artists such as Eva Hesse, Louise Bourgeois and Georgia O’Keeffe, Vera Frenkel and Aline Szapocznikow have helped transform the art historical canon for teaching and research.

Understanding Trauma in Aesthetics and in Politics

Pollock has also been influential in film and trauma studies. A long-standing scholar of Hollywood cinema from the 1950s, she is currently writing a feminist study of the ‘agency’ and the ‘image’ of Marilyn Monroe. She is also recognized for her writings on the films of the great Belgian cinéaste, Chantal Akerman. Psychoanalytical theories have been a critical resource throughout her career, leading to feminist contributions to the understanding of trauma through the close study of artworks created in the wake of devastating historical and personal experiences.

As part of her work on trauma, Pollock has edited the series ‘Concentrationary Memories’ together with Max Silverman. From this series, Concentrationary Cinema (2011), on Alain Resnais’ Night and Fog (1955), was awarded the 2011 Kraszna-Krausz Prize for best book on the moving image. In 2018, Pollock combined her work on trauma and aesthetic transformation with her study of the cultural memory of the Holocaust in Charlotte Salomon and the Theatre of Memory. In this book, she offers a radically new analysis of a monumental modernist work, comprising 784 paintings produced in one year by a young German Jewish artist, who was murdered aged 26 in Auschwitz.

As well as being a prolific writer, Pollock has had a remarkable teaching career, and she has made a great effort to make her complex academic work accessible to a wider audience. Her commitment to feminist pedagogy and a critical arts education has attracted students and visiting researchers from across the globe.

«Griselda Pollock has always upheld the highest level of scholarship while challenging received wisdom and institutional hierarchies of thought and value. For this she has been a beacon for generations of art and cultural historians.»

The winner of the 2020 Nils Klim Prize was also announced today. This prize is worth NOK 500 000, and is awarded annually to an outstanding young scholar who has excelled in one of the research areas covered by the Holberg Prize. The recipient must be from a Nordic country and under the age of 35 at the time of the nomination deadline. The two prizes will be awarded during a ceremony at the University of Bergen on 4 June.

This year’s Nils Klim Prize is awarded to the Danish theologian Frederik Poulsen for his outstanding contribution to research on The Old Testament. Poulsen is Assistant Professor at the Faculty of Theology at the University of Copenhagen. At the age of 35, he has already published three research monographs with renowned publishers.

A Black Hole in Isaiah

“My research interests are very broad, Paulsen says. ”What role does the Old Testament play in Christian theology? How is Jerusalem portrayed in the Bible, and what images are used to describe life in exile?” The Laureate explains how the Book of Isaiah, the famous prophetic scroll, is central to his work: “In my recent book, I demonstrate that the exile in Isaiah hides itself as a «black hole» at the centre of the composition and thereby has a decisive influence on the literary structure, poetic imagery, and theological message of this prophetic book. The Old Testament is a collection of literature that continues to surprise and excite me”, Poulsen says.

« Poulsen is an exceptionally accomplished scholar, who has received international acclaim. His work is characterised by an innovative combination of historical-critical and literary methodologies that have enabled him to cast new light on these ancient texts. Polsen's classical scholarly expertise, and his creative approaches to Old Testament studies, have already earned him a solid position in Biblical studies »