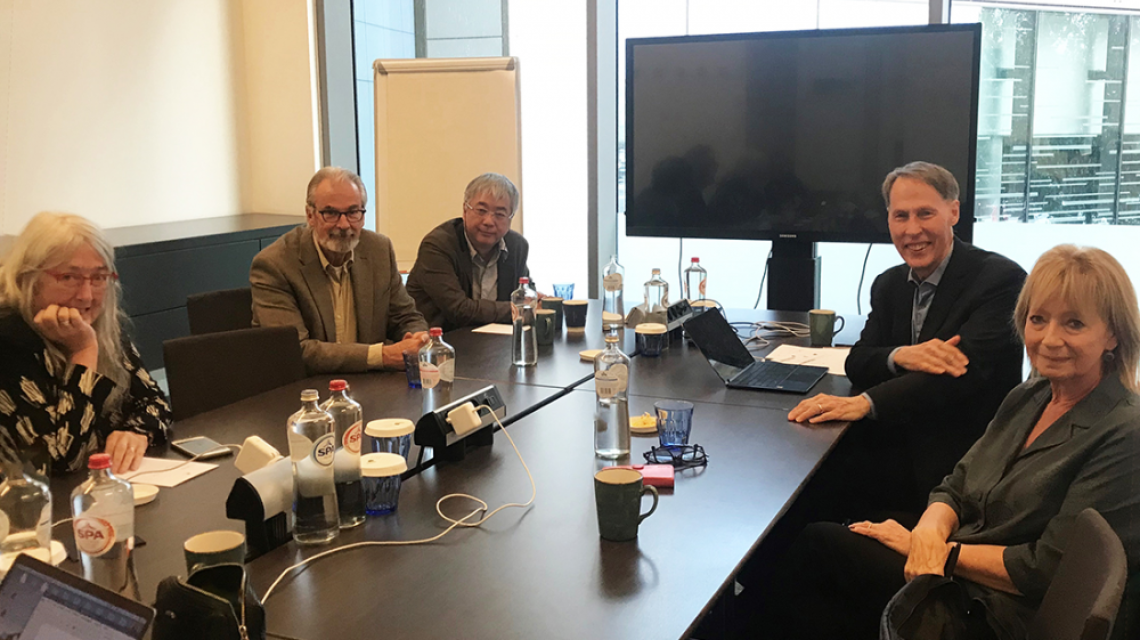 The Holberg Committee recently met in Amsterdam to decide on a shortlist of candidates for the 2020 Holberg Prize.

On 11 October, the Holberg Committee held their annual fall meeting in Amsterdam to discuss potential candidates for the 2020 Holberg Prize and decide on a shortlist. They will meet again in February for further discussion and make a final decision on who to reccomend as the Prize winner to the Holberg Board.

The Committee received in all 113 nominations of 109 candidates by the deadline 15 June. This is the highest number of nominations for the Holberg Prize ot date. A little more than half of the candidates are nominated for the first time. With regards to geographical distribution most of the candidates have their primary instituitonal affiliation either in the US, Great Britain or Germany. The most common fields of study for candidates this year is sociology, law, history, philosophy and psychology.

During the next months the Holberg Prize Secretariat will reach out to academics in relevant fields with in-depth knowledge and invite them to write referee assessments of the shortlisted candidates' work. In most cases the committee obtains 3-4 such assessments for each shortlist candidate to support their further deliberations until they meet again in February to decide on their reccomendation.  The 2020 Holberg Prize Laureate will be announced on 5 March, 9:00 CET at Media City Bergen. The announcement will be live streamed.