The Holberg Prize and the Nils Klim Prize Conferred 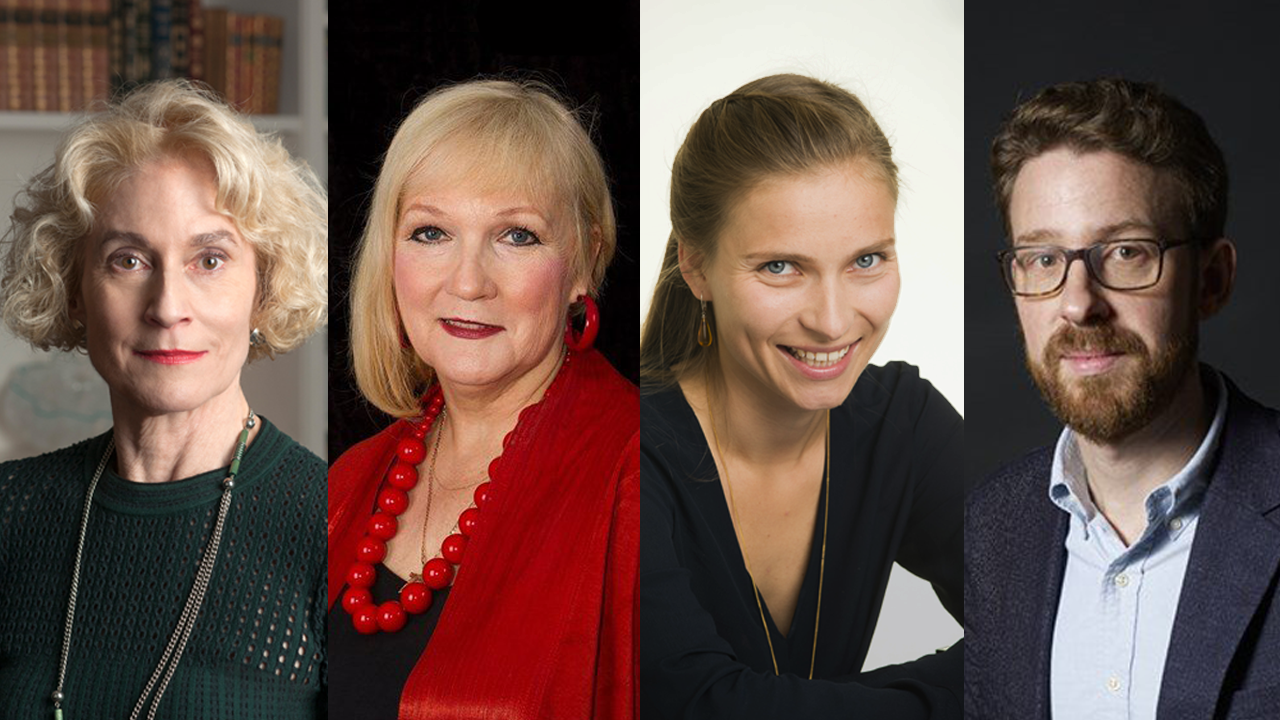 Today, the 2020 and 2021 Holberg Prizes were conferred upon Professor Griselda Pollock and Professor Martha C. Nussbaum, respectively. The Nils Klim Prize was conferred upon Daria Gritsenko (2021) and Frederik Poulsen (2020).

At a virtual award ceremony today, hosted from the University Aula in Bergen, Professor Griselda Pollock and Professor Martha C. Nussbaum received the international research award. Due to the COVID-19 pandemic, both Laureates were honoured at the 2021 Holberg celebrations, which took place this week.

The Holberg Prize is worth NOK 6 million (approx. EUR 600,000) and is awarded annually for outstanding contributions to research in the humanities, social sciences, law or theology.

A Recognition of Art History and Feminism

Griselda Pollock received the 2020 Holberg Prize for her profound influence on art history, as well as on related fields—including feminist cinema studies, trauma studies, and Holocaust studies. Pollock helped create feminist art history as an academic field in the 1970s, and as a world-leading figure in feminist, social, queer and postcolonial interventions in the histories of art and cultural studies, she has influenced thinking on gender, ideology, art and visual culture worldwide for over 40 years.

In her acceptance speech, Pollock described how she sees the award not only as a recognition of art history as a discipline, but also of feminism as an historical event: “Not only a very successful world-wide social movement of women actively campaigning for justice, safety, health, security, citizenship and the humanity of all women, feminism of the later 20th century engendered an intellectual and cultural revolution that is its unique contribution to the millennia-long struggle against patriarchy,” Pollock said. “To be awarded a prize of this dimension as a contributor to, even as a founding of thinker within, this feminist cultural-theoretical revolution is profound and very moving.”

A Tool for Improving Human Relations

Martha C. Nussbaum received the 2021 Prize for her ground-breaking contributions to research in philosophy, law and related fields, as well as for her role as a prolific public intellectual. Her almost five-decades-long career has focused on normative theorizing about justice and investigation of the nature and role of the emotions. Her research interests include ancient Greek and Roman philosophy, political philosophy, philosophy of literature, feminism, and ethics, as well as both human and animal rights.

“Philosophical analysis, animated by literary imagination, does not solve our problems,” Nussbaum said in her acceptance speech. “But philosophy can help us understand ourselves and see where the problems lie, and it can also help us to identify some not so productive ways to respond to them,” she continued. “In its methods philosophy also embodies part of the solution: a decent, respectful, rational and imaginatively engaged way of relating to other people.”

Do not Stop Dreaming

At the same ceremony, the 2020 and 2021 Nils Klim Prizes were also conferred. The Nils Klim Prize is a Nordic award for young researchers in the academic fields covered by the Holberg Prize. The award is worth NOK 500,000 (approx. EUR 50,000).

The 2020 Nils Klim Prize was awarded to the Danish theologian Frederik Poulsen for his outstanding contribution to research on The Old Testament. Poulsen is Assistant Professor at the Faculty of Theology at the University of Copenhagen.

In his acceptance speech, Poulsen focused on how dreams drive us, and how this is reflected both in Ludvig Holberg’s works of fiction, as well as in the Book of Genesis. “Why do we dream? Why should we dream? And why do we keep dreaming although dreams are often not fulfilled?” asked Poulsen. “Because–in dreams, there is life. If we stop dreaming, we will stop living. We must have big dreams–in politics, in art, in research, in our lives.”

The 2021 Nils Klim Prize was awarded to Finnish-Russian Daria Gritsenko, for her exceptional research contributions in the intersection between political science, environmental studies and digital humanities. Gritsenko is Assistant Professor of Russian and Eurasian Studies at the University of Helsinki, where she is affiliated with the Aleksanteri Institute and the Helsinki Institute of Sustainability Science.

In her speech, Gritsenko reflected on a critique of the intellectual situation in Europe found in Ludvig Holberg’s novel Niels Klim's Underground Travels (1741): A scientist “knows all things apart from himself”, and a metaphysician “is a sort of philosopher, partly visionary and partly sceptical, who sees what is concealed from all others [but] cannot discern what lies directly before his feet.” This perception persists, said Gritsenko, and she referenced a recipe of how to make social science matter, that is, by “transforming social science into an activity that is done in public and for the public,” as suggested by Danish social scientist Bent Flyvbjerg.

“The format of the Holberg Week—with seminars, lectures, symposia and workshops—is thus a unique opportunity to make social science matter,” said Gritsenko, “precisely by going public and talking about the relevance of what we do, and by stimulating interest in human sciences and their timely, yet often neglected contributions to exploring the human condition.”

About the Holberg Laureates

Griselda Pollock (b. 1949) is currently Professor Emerita of Social and Critical Histories of Art and Director of the Centre for Cultural Analysis, Theory and History at the University of Leeds. She is a transdisciplinary cultural analyst of modernity and its traumas and a dedicated feminist art historian, which means critically examining the discipline of art history with the assistance of the widest range of cultural theory and multiple perspectives. Pollock has taught at the Universities of Reading, Manchester, and Leeds.

To date, Pollock has published 22 monographs, and four are forthcoming. She has edited 20 books and published hundreds of scholarly articles in journals and books. Her books include Old Mistresses: Women, Art and Ideology, co-authored with Roszika Parker (1981; newest edition, 2020; Spanish and French translations, 2021),  Vision and Difference (1988), Differencing the Canon: Feminist Desire and the Writing of Art’s Histories (1999); Encounters in the Virtual Feminist Museum: Time, Space and the Archive (2007), Trauma and Aesthetic Transformation in the Virtual Feminist Museum (2013), Charlotte Salomon and the Theatre of Memory (2018), and, coedited with Max Silverman, Concentrationary Art; Jean Cayrol, the Lazarean and the Everyday in Post-war Film, Literature, Music and Art (2020).

Pollock has written articles and catalogue essays revising our understanding of artists such a Lee Krasner, Eva Hesse, Louise Bourgeois, Lubaina Himid, Georgia O’Keeffe, Vera Frenkel, Bracha Ettinger, Alina Szapocznikow and many more. She has also has edited four volumes of studies in ‘Concentrationary Memories’ with Max Silverman. From this series, Concentrationary Cinema (2011) was awarded the 2011 Kraszna-Krausz Prize for best book on the moving image.

Nussbaum has written 27 books, with three in progress. She has also published about 500 articles. Her books include The Fragility of Goodness (1986); In Cultivating Humanity (1997); Sex and Social Justice (1998); and Women and Human Development (2000). In the latter, she develops her Capabilities Approach, which is further explored in Frontiers of Justice (2006) and in Creating Capabilities (2011). Nussbaum presents her theory of emotions in Upheavals of Thought (2001) and develops it further in From Disgust to Humanity (2010), Political Emotions (2013), and Anger and Forgiveness (2016). In The Monarchy of Fear (2018), she turns her attention to the political crisis that polarized the U.S. after the 2016 presidential election. Her latest book is Citadels of Pride: Sexual Abuse, Accountability, and Reconciliation (2021)

The Award Ceremony at the University of Bergen can be seen in its entirity here.