Nomination Statistics for the 2022 Holberg Prize. 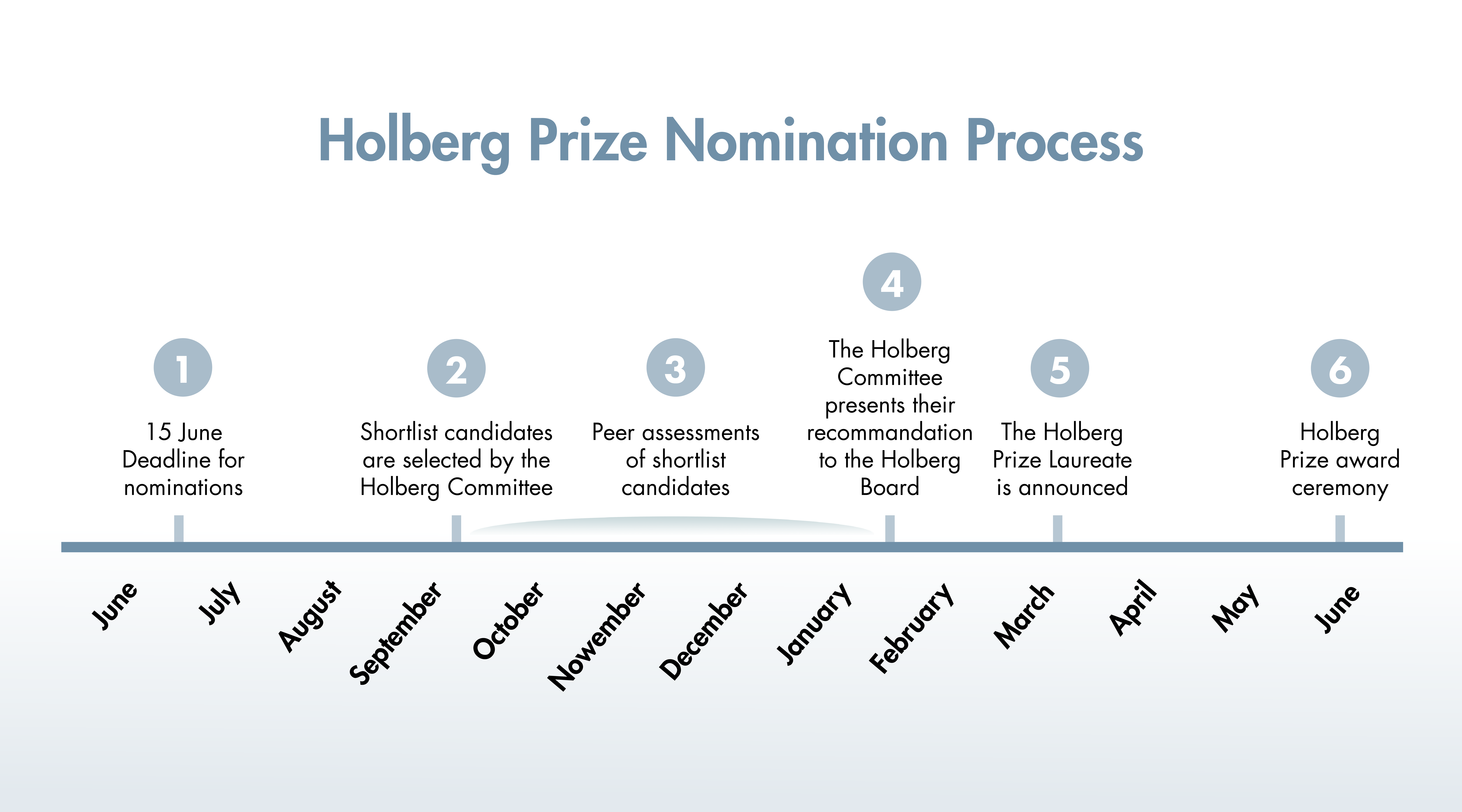 Timeline showing the nomination process for the Holberg Prize.

The process of selecting the next Holberg Prize Laureate is well underway. The Holberg Committee met on Friday 6 October to discuss the nominations for the 2021 Holberg Prize and the Committee members have now agreed on a shortlist.

Academic institutions in North America and Europe have the highest numbers of both nominators and candidates. This trend has been stable since the Holberg Prize was established in 2004. It is important to note however, that the numbers reflect primary institutional affiliation and not country of birth or nationality. The table below shows the geographical distribution of candidates in 2022 compared with the average for 2004–2022. In this graph, Israel is categorized as Middle East, and Russia as Europe.

Both "Humanities" and "Social Sciences" are broad categories that cover large and complex disciplines, and many of the candidates do cross-disciplinary research. Thus, the variables in the below graph are not clear-cut, but  roughly, the numbers indicate that the social sciences share of nominations are about six percentage point higher than average for 2022. There are also a few fewer nominations in the field of law than average.

Looking at specific disciplines, literary studies, history, sociology, law, and social psychology are at the top of the chart for 2022. For this graph, some disciplines that are closely related are merged, such as linguistics and other language related studies, different areas of social psychology, as well as pedagogy and educational studies.

The Holberg Committee held their annual autumn meeting on Friday, 6 October, where they discussed the pool of candidates. Under the leadership of Committee Chair Heike Krieger, the Committee has now decided on a shortlist of candidates for the 2022 Holberg Prize. In the coming months, the secretariat will collect peer reports on each of the shortlisted candidates, in order to aid the committee members in their further deliberations. The Holberg Committee will convene again on 28 January for a final round of discussion, before they decide on a recommendation to the Holberg Board. The next Holberg Laureate will be announced on 14 March, 2022.

Call for nominations for 2023