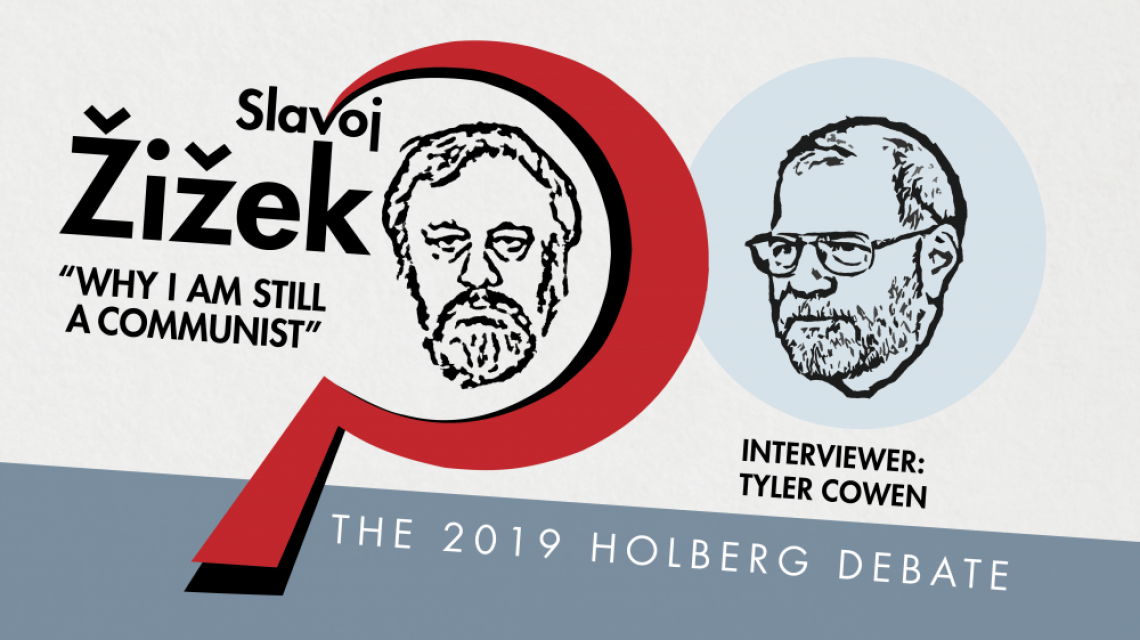 Slavoj Žižek is one of the world's best-known Marxists, who has frequently argued for replacing capitalism with another economic system. On 7 December, he is the keynote speaker at the 2019 Holberg Debate. Does the “most dangerous philosopher of the West” call himself a communist just to be provocative?

Slavoj Žižek has not only one doctorate, but two; one in philosophy and one in psychoanalysis. He has written dozens of books and articles, and is frequently published in international newspapers. When Žižek critiques movies and TV series, he makes philosophy accessible to everyone, as when he analyzes the TV series based upon Margaret Atwood's dystopian science fiction novels Handmaid's Tale, or Batman in the movie The Dark Knight Rises.

This spring, Slavoj Žižek debated the world famous Canadian psychologist Jordan Peterson. During the debate, the question of whether Žižek defines himself as a communist just to be provocative was raised: The philosopher has a picture of Soviet dictator Josef Stalin hanging in the hallway at home—just to scare new visitors, according to himself.

Žižek rhetorically asked why he still calls himself a communist when Communism in the 20th century gave rise to dictatorial regimes that caused millions of deaths. The answer he gave was that capitalism won the ideological battle, but today's global capitalism has enormous challenges.

Firstly, pollution and global warming have created a climate crisis and ecological disaster. Secondly, bio-genetic research has opened up new ways to control the human mind. The third challenge he points out is that inequality and division in society are increasing, although new forms of communication have made us more connected than ever.

According to Žižek, we must admit that we are in a big mess and that we should act in a large-scale and collective way. Unfortunately, he says, people tend to try to protect themselves by building all kinds of walls, rather than face the realities of the impending disaster.

A Communist and a Libertarian

On 7 December, Žižek is the keynote speaker at the 2019 Holberg Debate, where he will deliver a talk entitled "Why I Am Still A Communist." The American Economics Professor Tyler Cowen will interview Žižek and moderate the event.

Cowen has been named by The Economist and Foreign Policy journals as one of the world's most influential thinkers. He is known as a libertarian who finds markets in everything. Cowen blogs daily on Marginal Revolution, and interviews key thinkers on his podcast Conversations with Tyler.

The 2019 Holberg Debate is a rare opportunity to see Cowen and Žižek discuss both ideology and current international issues. The event will take place at the University Aula in Bergen, on 7 December, at 15:00 CET (3:00 PM EST). The livestream can be watched here: