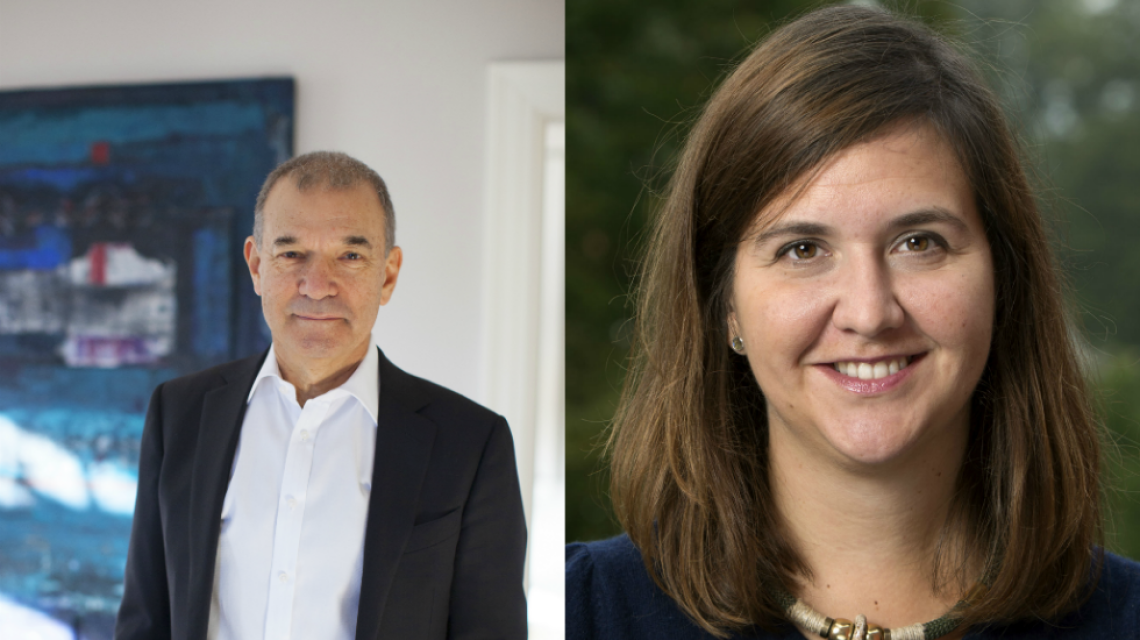 Stephen Greenblatt will receive the prize for his distinctive and defining role in the field of literature and his influential voice in the humanities over four decades. He is regarded as one of the most important Shakespeare and Renaissance scholars of his generation. His scholarship has had an immeasurable impact on the practices of literary studies, history and cultural criticism, well beyond his own field of expertise.

Dr. Greenblatt describes his lifelong project as “opening literary studies to the historical, cultural and, in the broadest sense, anthropological energies that course through great works of art.” “Art,” he says, “is thoroughly bound up with the lives we lead, and, whether we know it or not, our lives are bound up with art.” Greenblatt says he accepts the Prize with gratitude as recognition of the critical importance of the humanities in our everyday existence.

To date, Greenblatt has published more than a dozen books and numerous articles. His most recent book The Swerve: How the World Became Modern (2011) earned him a Pulitzer Prize for General Nonfiction and a National Book Award for Nonfiction. The book tells the story of how a 15th-century papal emissary unearthed a lost copy of the Roman poet Lucretius's On the Nature of Things, thus reintroducing important ideas that sparked the modern age. In addition, Greenblatt is the General Editor of The Norton Shakespeare (2015) and the Norton Anthology of English Literature, to which he is also a contributor.

Greenblatt’s most popular work remains the biography Will in the World: How Shakespeare Became Shakespeare, which has been translated into 16 languages. His current project centres on the story of Adam and Eve—a story that defined the way in which people for centuries understood the nature of their lives and served as the human origin story for three great world religions.

Regarded by many as the founder of New Historicism, Greenblatt has introduced key concepts to the literary field, such as “cultural poetics,” alluding to a set of critical practices, and “self-fashioning,” a concept that has illuminated the distinctiveness of the Renaissance as a historical period.

“Greenblatt's work has brilliantly opened up new ways to think about the Renaissance and Shakespeare,” says Chair of the Holberg Academic Committee, Dr. Pratap Bhanu Mehta. “In doing so he has also provided us a vocabulary through which we can approach the task of understanding our times and its history. The new methods he has fashioned have helped us understand the relationship between the word and the world, the text and the context. Greenblatt has also masterfully combined the practice of exacting scholarship with an ability to communicate with wider audiences.”

Greenblatt received his Ph.D. from Yale University in 1969. Following his graduation, he became Assistant Professor at University of California at Berkeley, where he became full Professor in 1979. He stayed at Berkeley until he took a position at Harvard University in 1997, where he was appointed John Cogan University Professor of the Humanities in 2000. Greenblatt is a founding editor of the literary-cultural journal Representations, established in 1983. In addition to the 2012 Pulitzer Prize and the 2011 National Book Award, his honours include the Modern Language Association’s James Russell Lowell Prize (twice), Harvard University’s Cabot Fellowship, the Distinguished Humanist Award from the Mellon Foundation, a Guggenheim Fellowship (twice) and the Yale’s Wilbur Cross Medal.

Sanja Bogojević is Associate Professor at the Faculty of Law, University of Lund. In 2013, she published the book Emissions Trade Schemes: Markets, States and Law (Hart Publishing), based on her Ph.D. dissertation on EU’s environmental law and the trade of emissions quota.

“The book represents an original research contribution”, says the chair of the Nils Klim Committee, professor Frans Gregersen. “At the same time, this work constitutes an important first step in applying discourse analysis to unquestioned assumptions underlying legal scholarship. Furthermore, the problem of emissions trade is an issue of the highest societal relevance.”