The Holberg Prize in Berlin – "The Power of Exempla" 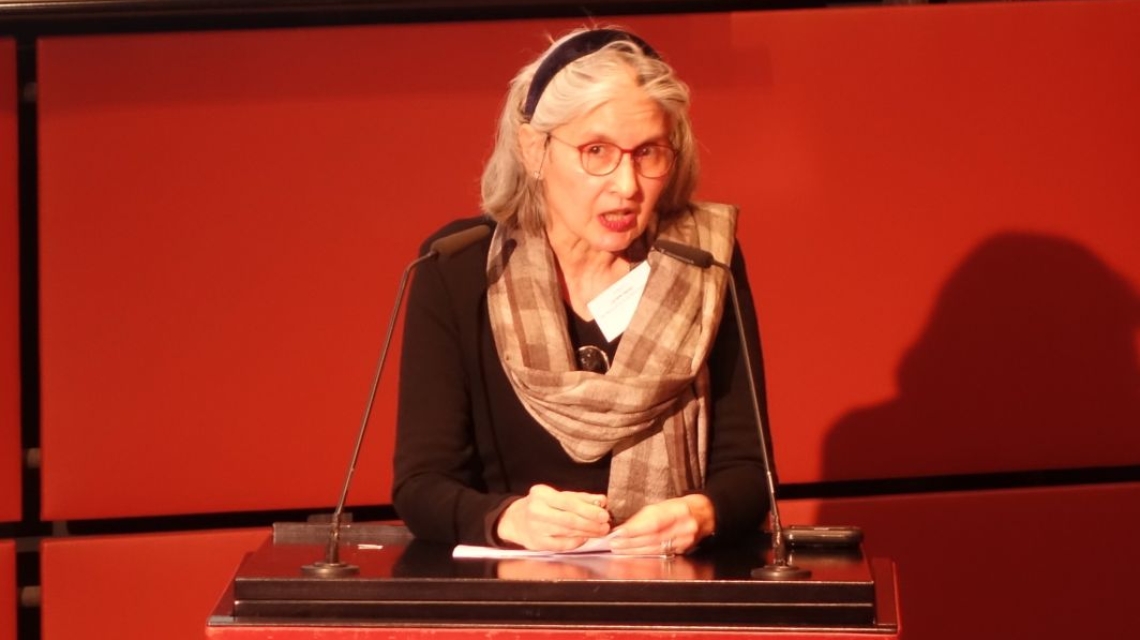 Dr. Lorraine Daston during her lecture at the Pan Nordic Building, the Nordic Embassies in Berlin.

On 11 February, an event was held at the Royal Norwegian Embassy in Berlin, with a lecture on the topic: “The Power of Exempla.” The event was held in connection with the meeting of the Holberg Committee on the following day, during which the Committee put forward its recommendation for this year’s Holberg Prize recipient.

How We Know What We Know

During the embassy event, Dr. Lorraine Daston, Director for the Max Planck Institute for the History of Science, held a lecture on “The Power of Exempla.” She referred to the notion that the natural sciences on the whole have been better at explaining how they know what they know, and how one could question if there even is such a thing as an epistemology of the human sciences. Within these sciences, the exempla -- as powerful, ennobled examples -- have proved important as a category of knowledge where epistemology interferes with ontology:

“How does the argument from exemplum convince?” asks Dr. Daston.”The exemplum as it is used in scientific argument renders the universal in the particular, the general in the specific, the abstract in the concrete, the macrocosm in the microcosm.”

Dr. Daston explains that although arguments from exempla can be found in the natural sciences, it was in the human sciences that they originated and are still practiced with the greatest virtuosity. “Understanding how exempla work illuminates how humanists and social scientists know what they know,” she says.

A Renaissance Commentary by a Hat

This set of three paintings depicts a 1432 battle, where Niccolò da Tolentino is seen commanding the Florentine cavalery, wearing a large gold and red patterned hat. The odd headgear has a three-dimensional form that behaves as if it were two-dimensional. Baxandall explains how the use of the hat is a commentary on the the Reneissance Eye and the use of perspective, as the development of the linear perspective was still in an early phase when The Battle of San Romano was painted.

The event took place in the Pan Nordic Building of the Nordic Embassies in Berlin. Following Dr. Daston’s keynote and subsequent discussion, the participants gathered for further discussion of the Holberg Prize and the disciplines it covers.