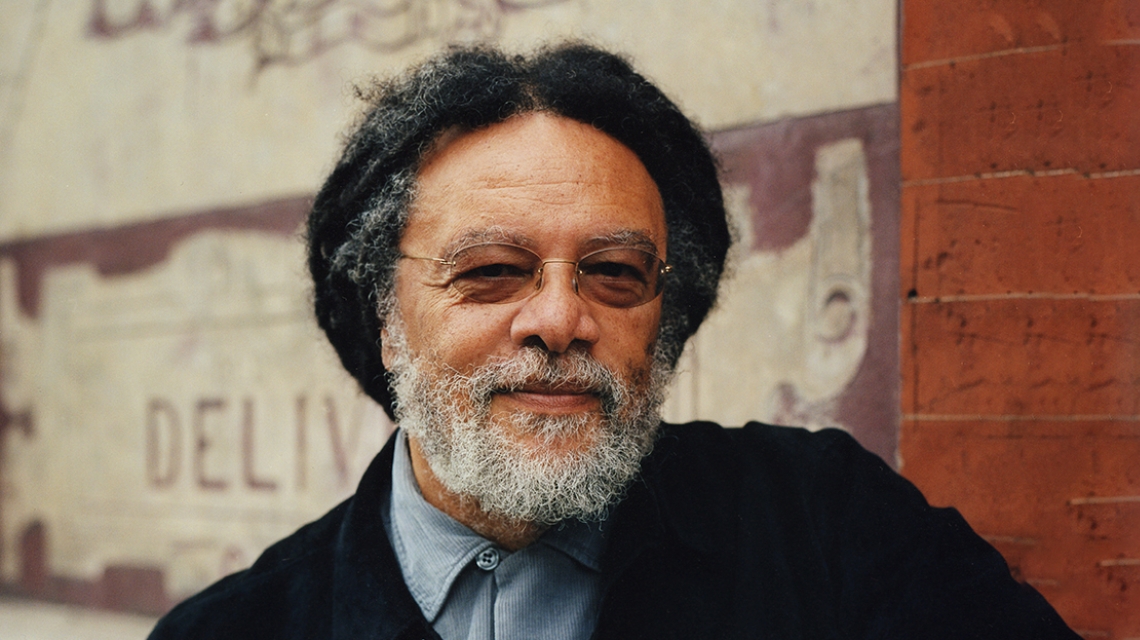 Professor Paul Gilroy is awarded the Holberg Prize in 2019 for his research contributions to cultural studies, critical race studies, literary studies and related fields. We asked him a few questions about his research, about the meaning of race, double consciousness, and what it means to be human.

– How would you describe the key purpose or most central objective of your research over the last four decades?

My research responds to the deficit of imagination that denies all human beings the same degree of humanity. I have focused on the infrahuman presence that results from the invocation of racial difference, and tried to re-write humanism by stretching it to more accommodating moral and political dimensions. For me, a critique of racism and race-thinking provides a route into clearer, deeper understanding of humankind and its contested nature.

My interest in these questions arose from an immediate concern with the predicament of black Europeans. I am particularly engaged by the fate of people who have not themselves migrated, and who by virtue of being born in Europe, have had to pursue varieties of recognition and citizenship from which they have been excluded on the grounds that they are supposed to belong somewhere else.

I have worked on the enduring connections between nationalism and racial sentiment which underpin so much of what we currently describe as populism. That entanglement has often been fostered by absolutist conceptions of culture that mimic the older, biologically-oriented racism which has been muted of late.

I have also been drawn to analyse the political, psychological and historical mechanisms that govern how no-longer-imperial states have struggled to adjust to the loss of their empires and colonies. The pathological results of that vanished pre-eminence help to explain the hunger for a restoration of greatness that is currently so corrosive of both democracy and humanity.

– The Holberg Symposium this year is entitled: “From Double Consciousness to Planetary Humanism”. How would you explain those terms, and what will it take to move beyond what you refer to as “the confining framework of national states”?

Both are vitally important concepts for me. “Double consciousness” was initially developed in the work of W.E.B. Du Bois, the African American sage whose writing in many fields created a critical vocabulary that has shaped all subsequent work on the meaning of race and the significance of racism. Du Bois identified double consciousness emerging from the contradiction between racial subordination and the blocked promise of citizenship. He wanted that bitter antagonism to be resolved dialectically. The term planetary humanism shifts emphasis away from existing institutional arrangements. It contributes to the task of constructing the question of human life on a number of scales simultaneously—not automatically on the default level of national states. This idea emerges from the work of the Martiniquean statesman and poet Aimé Césaire. He spoke of a humanism “made to the measure of the world”. That perspective was central to his indictment of the horrors of the twentieth century in which formal assertions of equality were combined with genocidal violence.

The history of these concepts and the space between them affords a starting point for our conversation. We cannot wait for the climate catastrophe to connect us together in unprecedented and as yet unimaginable ways. We must now be prepared to take the risk of saying not only what we are against, but of identifying the world we want to bring in to being. This will involve a new settlement between the world’s overdeveloped citadels and its developmentally arrested and exploited zones. That overdue process cannot begin without reparative reckoning with colonial history and making serious attempts to envision democracy in forms that resist colour-coding along racial lines.

– You argue for “the development of new and richer conceptions of what it is to be human”. How do we come to a better understanding of who we are and how we can avoid exclusion and fear? What are some of the mechanisms needed to achieve ‘conviviality’?

These huge questions cannot be answered plausibly at high levels of abstraction. A quick response would say that if you see yourself primarily in a racialised way you are losing out, missing opportunities to acquire better and more useful modes of self understanding. It may be impossible to devise a governmental programme to engineer conviviality. It will emerge organically from everyday life. However, we know what we should not be doing. Our leaders should not be dissembling, mystifying and disorienting people with poor quality information channeled through simplistic, manichaean ways of thinking. Many of the politicians who have fed the monsters of nationalism and let them off the leash do not really understand the forces they are playing with. They do not realize that they are sawing off the branch they are perching on. To combat their dishonesty we need to identify the fears that must be overcome and the patterns of exclusion we want to break. The evidence shows that many of the most fearful people have no contact at all with those they fear. We need to know where their anxieties come from and why their concerns about genuine issues are so easily articulated in racial or civilizational terms. Perhaps one key to building conviviality is to offer people alternative conceptions of security that can anchor them in the ways that race and nationality appear to do.

In addition to recognizing outstanding scholarly work, the purpose of the Holberg Prize is to contribute to raising the status of the humanities, the social sciences, law and theology, and to stimulate interest in these fields among young people. What is your view on the importance of these disciplines, and what can be done to underscore their relevancy?

Today the value of truth is debased and the machinery of democracy routinely sabotaged. Those developments place an even greater importance on the virtues associated with education in general and an education in the humanities in particular. We have to restore the idea that education is a public good rather than an exclusively private or corporate matter. Teaching has taught me that nourishing the curiosity and imagination of our students is a good way for them to learn proportionality, patience and attentiveness. Those habits foster better responses to the disabling conditions that make them insecure and anxious.

Increased levels of functional illiteracy suit the high tempo of misinformation and mystification associated with “timeline media”. The flattening of language enhances the power of icons and visual cues. Those changes can be made to stimulate a re-enchantment of poetic expression. In other words, reactions against digital culture might actually precipitate re-acquaintance with the pleasures of being attentive and curious. The slow humanities might even contribute a response to the crisis in mental health.