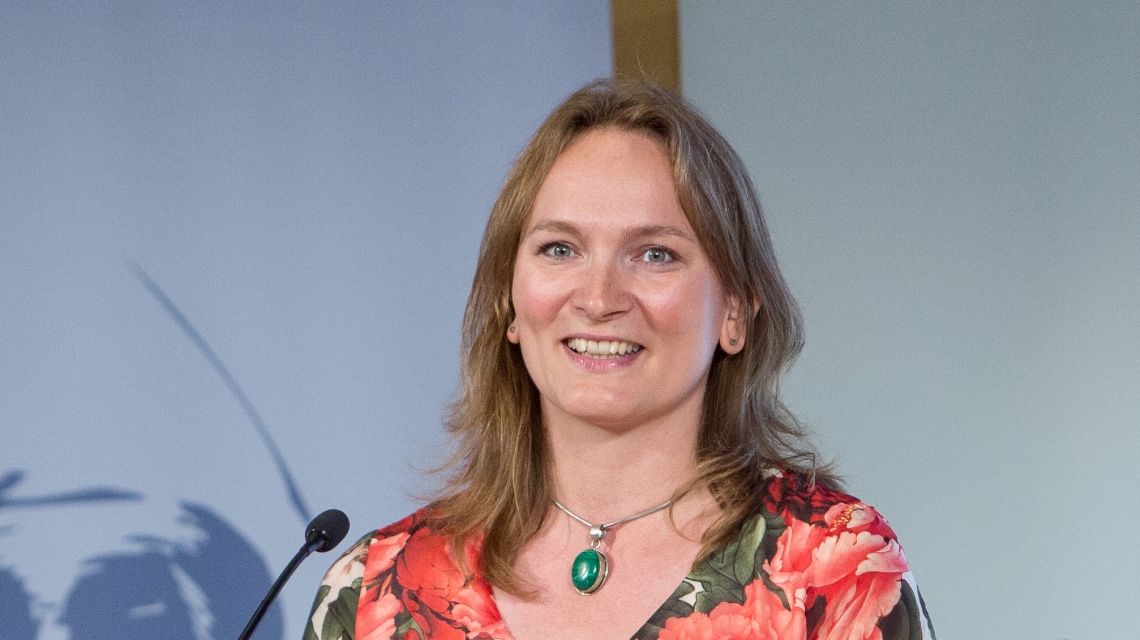 Francesca R. Jensenius at the at the award ceremony, 2018

During the Holberg week in June 2018 the Nils Klim Laureate Francesca R. Jensenius met with Siri Gloppen for a conversation on her research.

Francesca R. Jensenius is an Associate Professor of Political Science at the University of Oslo and Senior Research Fellow at the Norwegian Institute of International Affairs (NUPI). She met with Siri Gloppen, Professor at the University of Bergen og Director of Centre on Law & Social Transformation for the Nils Klim Conversation in June this year. They talked about Jensenuis' background, her research interests and the importance of sharing research data.

A good portion of the talk was dedicated to Jensenius' research on electoral quotas in India, where the social group of scheduled castes (formerly known as ‘untouchables’) are elected into various positions based on a quota-system. She shared some of her motivation for investigating this subject

Jensenius explained that even though the research area may seem specific, it is transferable to more general discussions.

- I think this is very parallel to the discussions one often has about women in politics, where the question is: Do women in politics work for women's interests or do they work for all sorts of things? Some might wish and expect them to work for women's interests, while others think it is good that women can be treated as people who have many interests. I think that even though this is a debate that happened in India in the nineteen twenties and thirties, it is very relevant for the discussion we have on how we think about representation in Norway and in the rest of the world today.

In her research, Jensenius has relied on and been committed to sharing research data.

- There has been a huge positive tendency in the study of Indian politics to share much of what has been done. This means that we can all have time to do more, get a chance to spend less time on collecting data and more on analysing, thinking and discussing. So I think more sharing and more openness with data is very important and gets us all further, and that is only positive. I have shared a lot, but I have also gotten a lot in return. That, to me, is a win-win situation.

The conversation in Norwegian can be viewed in its entirety here: