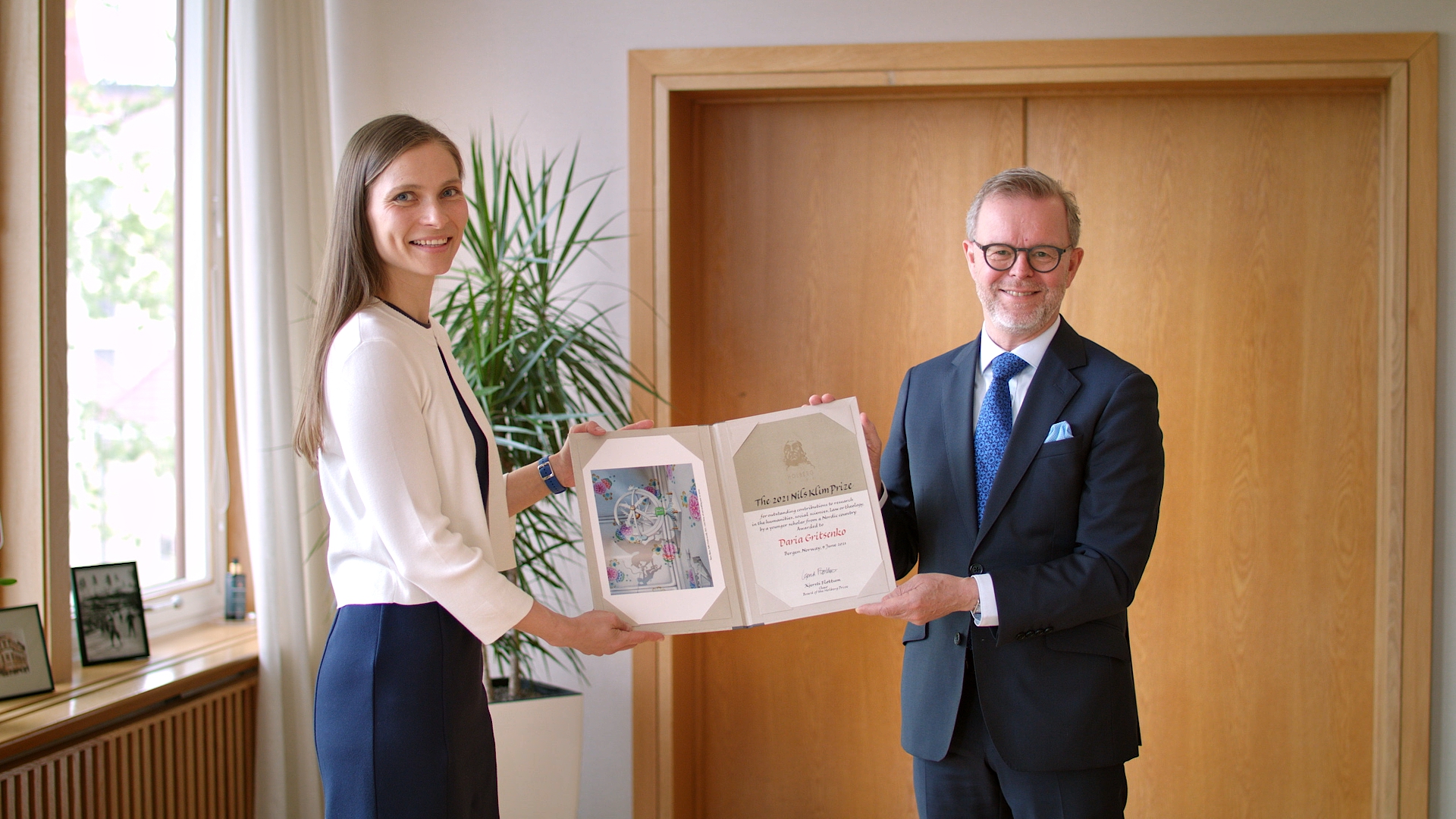 Your Excellency, Mr. Ambassador Dag Stangnes; the Holberg Board and the Nils Klim Committee; colleagues and friends,

It is a great honor and privilege for me to be here today joining the ranks of Nils Klim laureates as the recipient of the 2021 Nils Klim Prize.

As previous laureates have referred to the Nils Klim novel in their acceptance speech, I will gladly follow this tradition and highlight how multifaceted and witty the narrative created by Ludvig Holberg is.

During his adventures in the sub-terranean world, Nils Klim reads a travel diary of one of the sub-terraneans who has been to Europe. The diary says that in Europe one can find learned people of different types —“philosophers, poets, grammarians, scientists, metaphysicians”. It goes on explaining that:

A scientist is someone who examines the innards of the earth, the nature of bipeds, quadrupeds, reptiles and insects, and who knows all things apart from himself.

A metaphysician is a sort of philosopher, partly visionary and partly skeptical, who sees what is concealed from all others (…) cannot discern what lies directly before his feet.

This critique of the intellectual situation in Europe persists until today. In our cultural narrative, natural scientists are typically portrayed as the true scientists: they explore the world’s ins-and-outs but are not concerned with the human condition and what it means to be human, given the complexities of the natural world that surrounds us. Climate change is a case in point: despite massive research on the topic, a Swedish teenager, Greta Thunberg, was required to connect the science and the human condition, in her call to unite behind the science and act upon the science to keep the promise to future generations.

The critique of metaphysicians—those whose study is concerned with matters beyond the immediate physical world, and I take the liberty here to assert that the human sciences covered by the Nils Klim prize are rooted in metaphysics—is summed up in the notion of the Ivory Tower, an expression traditionally used to denote the lack of social relevance and uselessness of the human sciences.

One recipe of how to make social science matter has been offered by a renowned Danish social scientist, Bent Flyvbjerg, who suggests transforming social science into an activity that is done in public and for the public. The format of the Holberg Week—with seminars, lectures, symposia and workshops—is thus a unique opportunity to make social science matter, precisely by going public and talking about the relevance of what we do, and by stimulating interest in human sciences and their timely, yet often neglected contributions to exploring the human condition. I am enormously grateful for the opportunity given to me as the Nils Klim Laureate to advance the project of making the social sciences matter.

As our societies face global challenges, it has become a commonplace to say that we need interdisciplinary approaches, but such efforts are rarely celebrated beyond academia. I am excited to be awarded the Nils Klim Prize for my scholarship “in the intersection between political science, environmental studies and digital humanities”—a research setting that has no blueprint and has emerged out of attempt to find ways for human societies to survive and thrive.

It is emblematic that this acknowledgment is celebrating Ludvig Holberg, a truly interdisciplinary, innovative and artistically talented Nordic scholar. My wish is that fewer young scholars will feel constrained by the disciplinary conventions or institutional rules, but rather draw on the richness of interdisciplinarity to solve the issues and challenges that lie ahead.

But most of all, I want to thank my parents and my partner Christoph for always being there for me through storms and doldrums, navigating my academic ambitions towards a much-desired land of tenure-track and beyond, to making research that actually matters. Thank you for your love and support.

The speech was given at the Royal Norwegian Embassy in Helsinki on 26 May, 2021, and it was included as part of the 9 June Holberg Week Virtual Award Ceremony, which was hosted from the University Aula in Bergen, Norway.