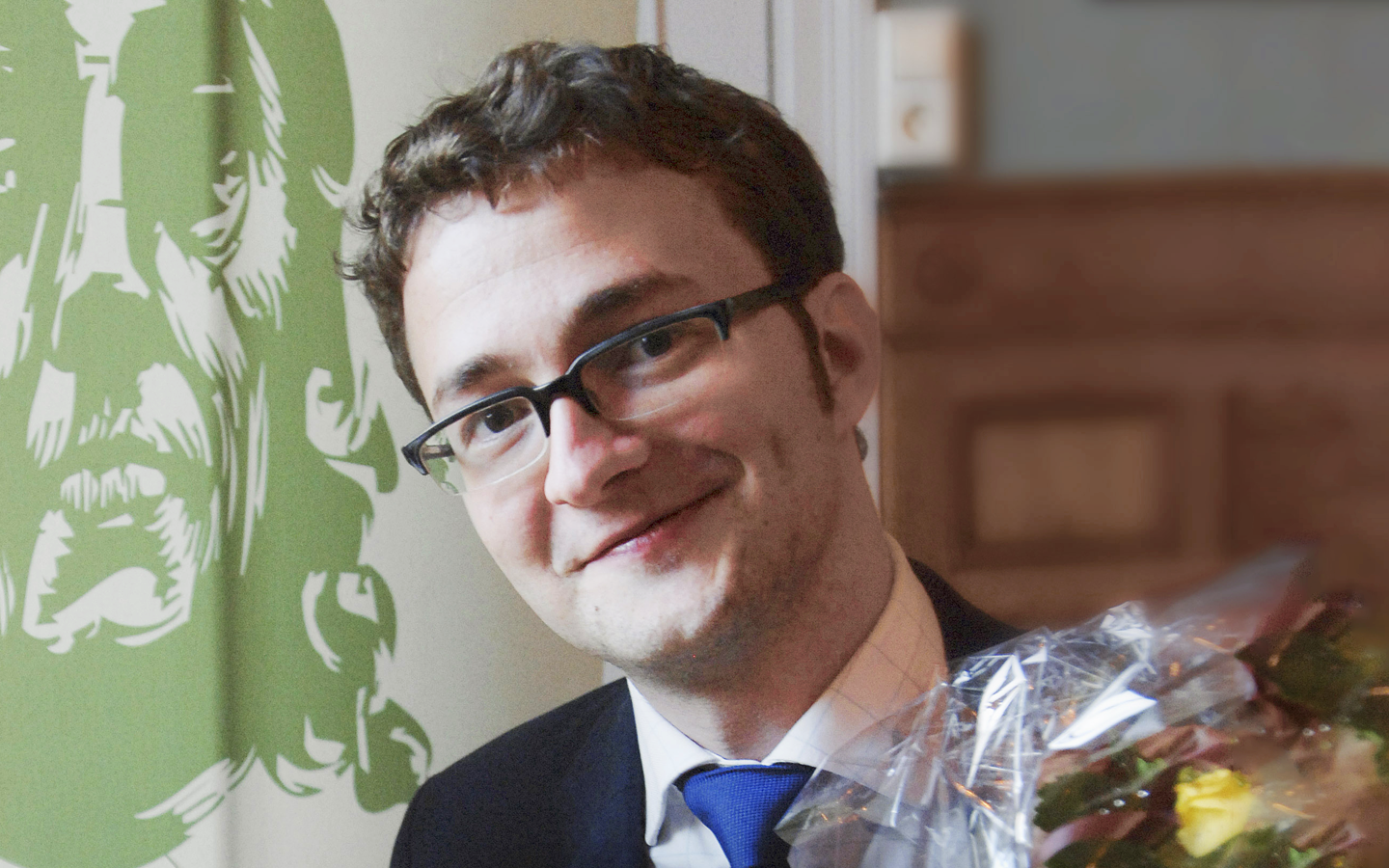 Winner of the 2005 Nils Klim Prize

The Nils Klim Prize for 2005 was awarded to the Norwegian linguist Dag Trygve Truslew Haug.

"Doctor Artium Dag Trygve Truslew Haug was born on 17 April 1976. He is Associate Professor of Latin at the Department of Philosophy, Classics, History of Art and Ideas at the University of Oslo.

Haug took part of his upper secondary education at a French lycée. He took his entire university education at the University of Oslo, where he completed his cand. mag. degree (bachelor degree) at the age of 20 in 1996. Haug received a grant from the Research Council of Norway for 1997 and 1998, through the Antiquities programme, and took his hovedfag (masters degree) exam in Greek in 1998. The Research Council of Norway rewarded Haug with a recruitment grant, and after two years as a research fellow he submitted his doctoral thesis for consideration for the degree of Doctor Artium at the University of Oslo in 2001. After the defence of his doctoral thesis, Haug was a researcher at the University of Freiburg in Germany until February 2003. From then until June 2005 he had a postdoctoral grant at the Department of Latin and Romance Languages at the University of Oslo. Since July 2005, he has held the position of Associate Professor of Latin at the Department of Philosophy, Classics, History of Art and Ideas.

Haug has received several grants and distinctions. In 2002, he received "HM the King's Gold Medal for Younger Researchers" for his doctoral thesis. In 2005, he was awarded the Royal Norwegian Society of Sciences and Letters' prize for younger researchers in the humanities. In addition to grants from the Research Council of Norway, Haug has also received research grants from the Alexander von Humboldt Foundation.

Dag Trygve Truslew Haug is an unusually sharp, versatile and talented linguist, who has attained a prominent position in the field of classical linguistics at the age of only 29. His fields of research include both traditional historical linguistics and modern linguistics applied to classical languages. His doctoral thesis "Les phases de l'évolution de la langue épique - trois études de linguistique homérique" (2001) was given a highly positive appraisal by leading academics in the field, and it has been published in Germany by Vandenhoeck & Ruprecht. The thesis is a substantial and original contribution to research on Homer, and it has been praised as a major contribution to the discipline's endeavours to reconstruct the history of the epic tradition. Since the defence of his thesis, where the theme was Greek, Haug has concentrated his research on Latin and other Italic languages. The breadth of his approach, which encompasses the entire Indo-European language group, is apparent from his knowledge of Vedic, Avestan, classical Armenian and Tocharian, among others. He also takes part in a collaborative, Nordic research project that focuses on the use of modern linguistic theory for the analysis of a number of Indo-European languages. Despite his youth he has an impressive list of publications to his name, including articles in Norwegian, French, German and English in established international journals. He also has an international profile within his most recent field of research, the history of linguistics. Five of his biographical articles have been accepted by "The Encyclopedia of Language and Linguistics".

Haug has also demonstrated that he is a talented educator and communicator, not least in connection with his lecturing activities and a series of radio programmes."

Associate Professor of Latin at the Department of Philosophy, Classics, History of Art and Ideas at the University of Oslo.