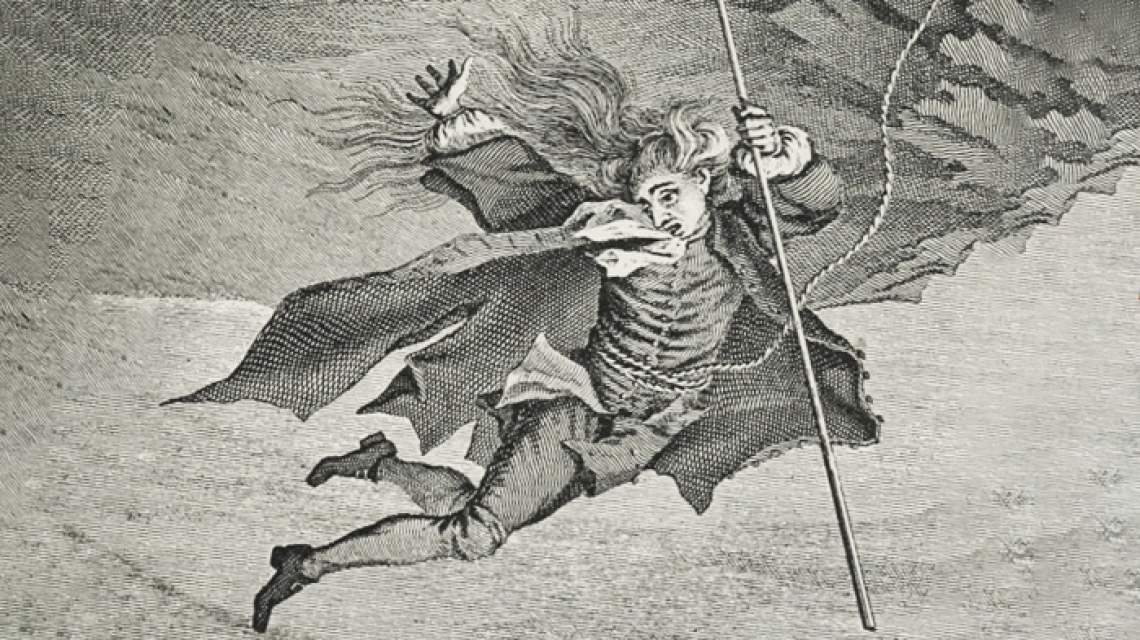 Illustration of Nils Klim, as he falls through the Maremine hole to the underworld. By J.F. Clemens, based on a drawing by Jens Juel (1789).

The Nils Klim Prize is named after the hero of Ludvig Holberg’s novel Nils Klim’s Subterranean Journey from 1741.

Ludvig Holberg’s novel Nils Klim’s Subterranean Journey from 1741 tells the story of Nils Klim who, while exploring a cave in Bergen, falls down into a subterranean world where he comes across many different societies and creatures.

In the tradition of other fictional travelogues of the period, including Thomas More’s Utopia and Jonathan Swift’s Gulliver’s Travels, Holberg informs us in the true spirit of the Enlightenment, that the world is a much bigger place than was previously assumed and that it is home to a myriad of highly disparate natural conditions and societies, customs and traditions.