The 2019 Holberg Symposium: "From Double Consciousness to Planetary Humanism"

Four scholars are invited to this year's Holberg Symposium to share perspectives on critical race theory, conceptions of otherness, colonial history and what it means to be human in our time.

W.E.B. Du Bois bequeathed a set of poetic and interpretative terms intended to inform and illuminate the action of racialised and infra-human beings as they strove to secure substantive citizenship and command recognition as fully human.

This symposium takes initial orientation from those concepts. Moving across the confining framework of national states, with colonial history in mind, participants will consider how critique of racial hierarchy and xenology can contribute to the development of new and richer conceptions of what it is to be human. That act of salvage is associated with contemporary struggles against the accumulated sediment of racist representations; for the security and safety of refugees; and against the emergent horrors of racecoded artificial Intelligence and algorithmic government. 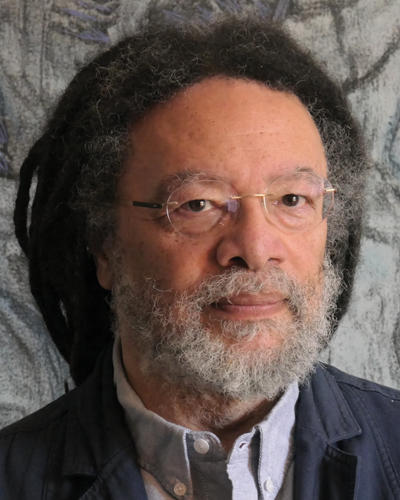 Paul Gilroy is awarded the Holberg Prize in 2019 for his contributions to research in a number of academic fields, including cultural studies, critical race studies, sociology, history, anthropology and African-American studies. Gilroy is Professor of American and English Literature at King’s College London. This talk considers what it is to be human, through the lens of an emergent research practice that has been tethered to affectively charged colonial collections, both on and offline. It focusses on encounters with specific objects and artworks that pose ethical questions about excavation, language, visuality, (dis)appearance, and witnessing. The talk also draws on reparative gestures and counteractive images offered by contemporary artists engaged in the ongoing reperformance of memory.

Temi Odumosu is Senior Reseracher at Malmö University, and curator. Her research is concerned with colonial archives/archiving, slavery and visuality, Afro-Diaspora art, performance of memory, and ethics of care-in-representation. She is the author of the award-winning book Africans in English Caricature 1769-1819: Black Jokes, White Humour (2017). Nationalism has again consolidated itself at the centre of European politics. Common here is the compulsion to place the bulk of a society’s challenges at the door of racialised minority communities. These are the expendable peoples who are rendered, yet again, ‘less-than-human’. It remains particularly frustrating that some who propagate for a left alternative also seem wedded to the nation–in asserting control over migration, over security, and over how we imagine our everyday sense of community. Amidst this dispiriting replaying of history, I contend that dissenting scripts arise in the working class multicultures still available. These formations continue to rehearse hopeful practises of shared life less prone to modernity’s suffocating emphasis on communitarian conceptions of space, culture and politics. Lidia Curti:
From Black Humanism to the Violence of the Present

The urgency of resistance to the progressive devastation of the planet leading to the analytical and epistemological horizons of intersectionality add new perspectives to feminist thought. Traditional ecological positions have been challenged by a feminist poetics of blackness emerging from science fiction and afrofeminist aesthetics. Meanwhile, black lives are still expendable in the Mediterranean while diasporic narratives arriving from its southern shores return colonialism to the present. This paper reads Paul Gilroy’s planetary humanism in relation to environment, ecology, and physiography. Specifically, I notice how Gilroy’s deeper concerns with racial belonging cannot be delinked from processes of environmental degradation. I reflect on these themes in relation to the writings of Sylvia Wynter and Édouard Glissant. I end with short case studies (wires, kerosene, data) to demonstrate that planetary humanism is, in part, enunciated through creative infrastructures.

Katherine McKittrick is Associate Professor of Gender Studies at Queen’s University in Kingston, Ontario, Canada. Her research is interdisciplinary and explores theories of liberation, black studies, and cultural production. McKittrick is the author of Demonic Grounds (2006), Sylvia Wynter: On Being Human as Praxis (2014) and Dear Science and Other Stories (forthcoming).

12:05 P.M.
Panel discussion and Q & A.
Discussion with Holberg Laureate Paul Gilroy and the panel speakers.

Date
Tuesday 4 June
9:00 to 13:00
Location
The University Aula, Muséplassen 3, Bergen
Practical information
Free Admittance.
A light lunch will be served in the back of the Aula.
View event on Facebook