Watch the 2019 Holberg Debate with Slavoj Žižek and Tyler Cowen 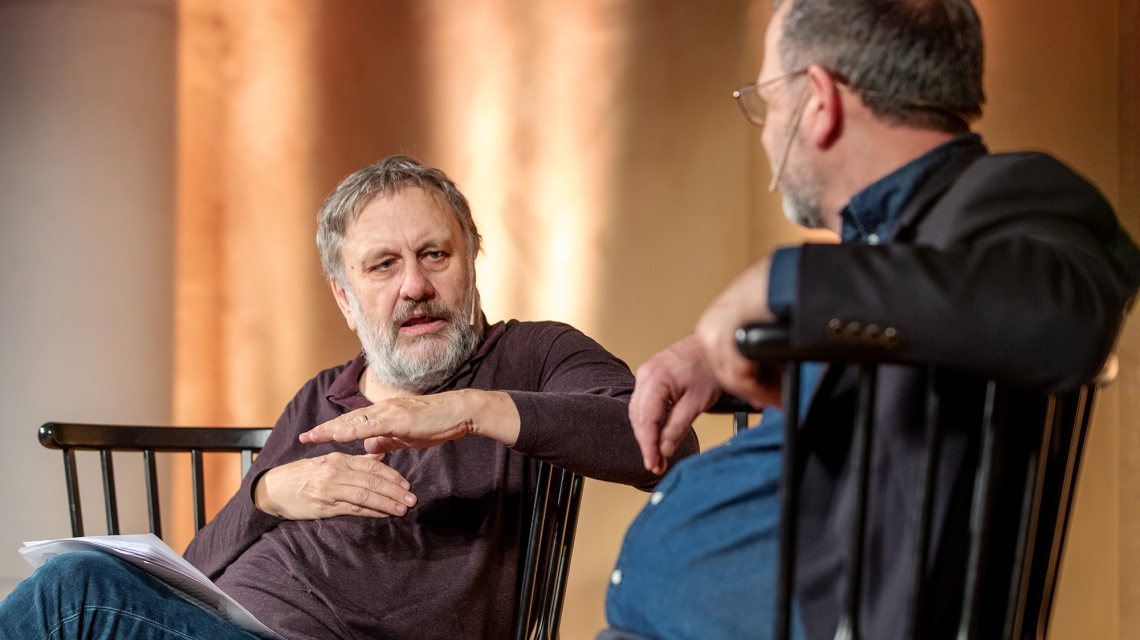 Slavoj Žižek has been called the «the most dangerous philosopher in the West» and a cultural theorist superstar, as he mixes Marxism with pop culture and psychoanalysis. Three decades after the fall of «Communism» in Eastern Europe, why does Žižek still call himself a communist?

Even though Europe’s authoritarian Socialist states have been gone for about 30 years, socialism and communism have not disappeared from the lexicon of political ideas in the West.

Here, the last decade has seen both a crisis of capitalism, high levels of polarisation and turmoil, a rediscovering of Marxism in certain circles, and a mainstream American Left that advocates «democratic socialism».

What exactly such terms mean to their advocates and critics, however, remains unclear, as the US enters one of the most contentious election years ever. And while the Nordic “social democracies” may be known for their expansive welfare states, arguing that they still represent “socialism” would likely require a stretch of both concepts and imagination.

In an age where the principles of the free marked have become the driving force of both the economy, public services, foreign policy, and education, “communism” remains a dirty word among the political establishment.

So why is Žižek still a communist?

Žižek will deliver his keynote address, “Why I Am Still A Communist”, before being interviewed by Professor Tyler Cowen.

Livestream from the event:

Slavoj Žižek is a Slovenian philosopher and cultural critic. He is Senior Researcher at the Department of Philosophy, University of Ljubljana, and International Director of the Birckbeck Institute for the Humanities, University of London. Žižek has published more than 50 books on topics ranging from political theory, cultural studies, Lacanian psychoanalysis, film criticism, Marxism, Hegelianism and theology. He has also participated in various film projects, including two documentary collaborations with director Sophie Fiennes: The Pervert's Guide to Cinema (2006) and The Pervert's Guide to Ideology (2012). Believing that "Political issues are too serious to be left only to politicians", Žižek aims to promote the role of the public intellectual, and share his critical gaze with the larger public.

Tyler Cowen is Holbert L. Harris Professor of Economics at George Mason University and Director of the Mercatus Center. In 2011, he was named in an Economist poll of experts as one of the most influential economists of the last decade, and Bloomberg Business Week has dubbed him "America's Hottest Economist." He is co-author of the blog marginalrevolution.com and host of the podcast series Conversations with Tyler.