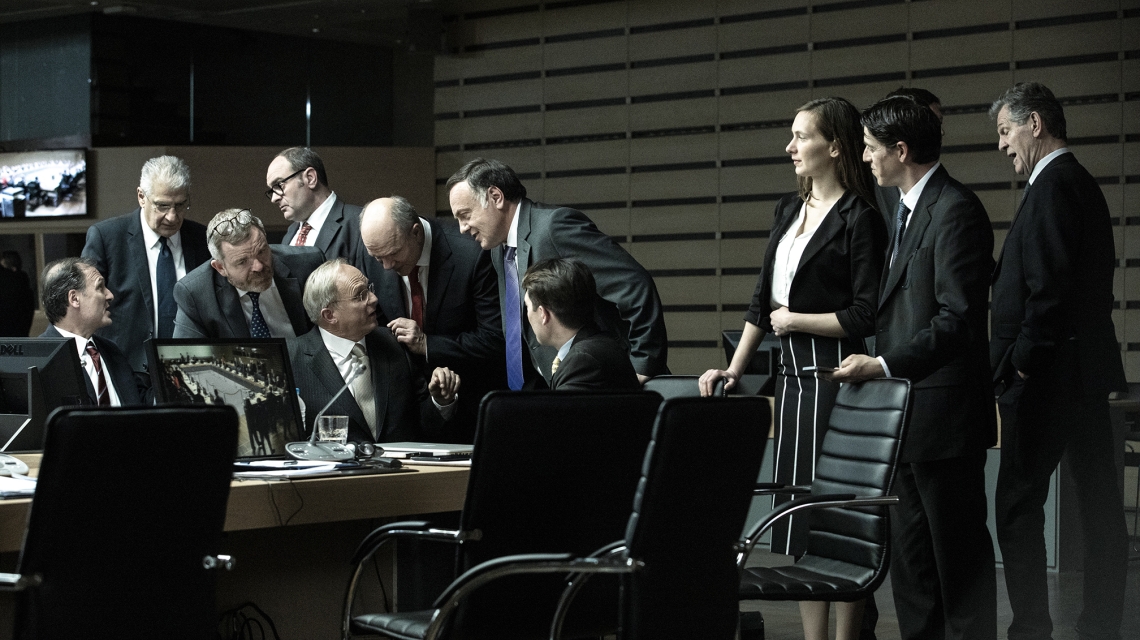 Like last year, the Holberg Prize is planning a film screening event in connection with the Holberg Debate.

Update: Due to current lockdown restrictions, the film screening will have to be rescheduled for 10 December.

At the 5 December Holberg Debate, Prof. Yanis Varoufakis and Amb. John Bolton will discuss the topic: “Is Global Stability a Pipe Dream?”

In connection with the debat, a 10 December film screening event will be organized by the Holberg Prize, in collaboration with the Bergen Student Society and Bergen Film Club.

Here, we will be screening the film  «Adults In The Room» (2019), which is based on the 2017 book Adults in the Room: My Battle with Europe's Deep Establishment by Yanis Varoufakis about the 2015 Greek bailout. Varoufakis served as Greece’s Finance Minister during the first six months of 2015, as a member of Syriza, and he led negotiations with Greece's creditors during the government-debt crisis.

Before the screening, there will be an introduction by Associate Professor Frode Helmich Pedersen, University of Bergen.

In «Adults In The Room», director Costa-Gavras tells a tale of poverty and powerlessness among the Greek people. This, as well as the cynicism directed against an entire nation, provides the backdrop of the film:

“Greece’s colossal debt is impossible to repay and everyone knew it. However, with no qualms whatsoever, France and Germany continued selling products (cars, arms, defense systems, etc.) to a country they knew was in deeply in the red. And the European Commission allowed this to happen.”

Date
Thursday 10 December
17:00 to 19:30
Location
Bergen Kino, KP1
Practical information
The event can only take place if current restrictions on assembly are sufficiently eased. Thus, the screening may be cancelled. The event requires membership in the Bergen Student Society. Registration link will be made available here: https://www.facebook.com/events/677797506463942
View event on Facebook