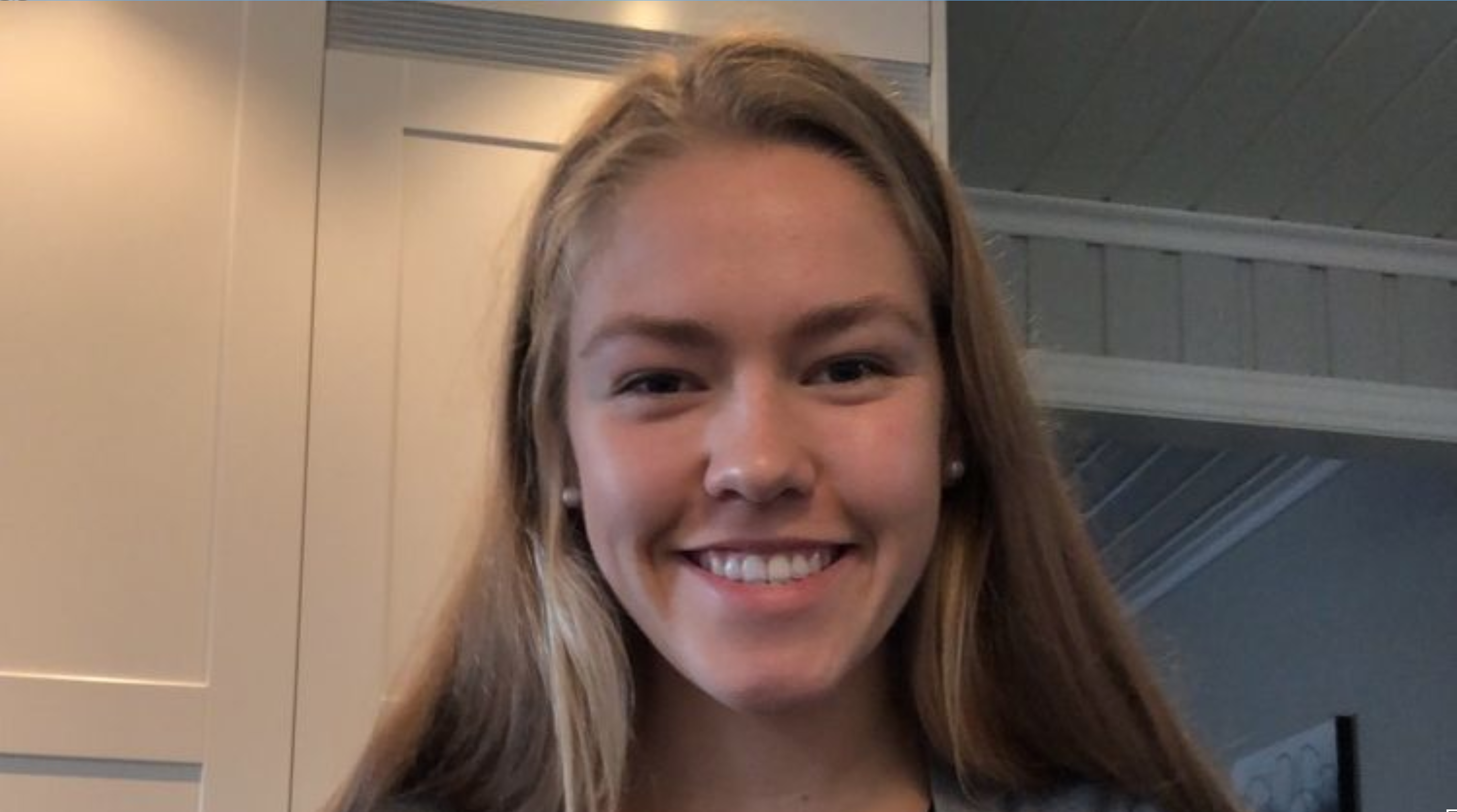 Helene Lunde from Vestby Upper Secondary School earned first prize in the Holberg Prize School Project competition 2020 with the research project “Hvem tror vi at vi er?” (“Who do we think we are?”)

In this project Lunde examines two literary works: Ludvig Holberg’s Nils Klims reise til den underjordiske verden (Niels Klim’s Journey under the Ground) from 1741 and Anders Malm's Massemenneske from 2012 (“Mass man”, not translated into English). In her analysis Lunde discusses different answers to the question what it is to be a human being provided by science, philosophy and religion, and how the view of human beings has changed over time.

This is a brave and far-reaching project that seeks to analyze differences in the view of the human being expressed in a novel from 1741 and one from 2012 respectively. Lunde’s literary analysis is impressive and insightful, and lets the literary works enter into dialogue with each other and provide answers to questions that point beyond the works themselves. The research report exhibits a precise and comprehensive philosophical insight into the question what characterizes a human being. Lunde paints a broad picture of the view of human beings conveyed in the literary works through her analysis, and draws parallels to the development of the view of human beings in society.

Literature may be a window to our thoughts, Lunde suggests, and through her examination of the literary works the pupil succeeds in drawing an insightful picture of the changes in the view of human beings in the historical period she treats of. Considering that this historical period is marked by innumerous changes with respect to religion, economy, and society, it is near impossible to draw final conclusions concerning causal relations. With a solid grasp of the literary genre and an impressive philosophical insight, the pupil nevertheless succeeds in presenting a competent and convincing analysis.

The jury congratulates Lunde with an impressive project and first place in the Holberg Prize School Project competition 2020.

Elisa Bakken, Thelma Sundby, and Live Tveit from Elvebakken Upper Secondary School earned second prize in the Holberg Prize School Project competition 2020 with the project “Ikke kun mellom linjene – antisemittisme i norsk presse i årene 1938-1939” (“Not only between the lines – antisemitism in the Norwegian press in the years 1938-1939”).

In this project the pupils examine how negative attitudes towards Jews were expressed in the newspapers Aftenposten and Adresseavisen in the years immediately preceding World War Two, thereby casting light upon the importance of historical consciousness in the effort to counter indifference towards antisemitic utterances and actions today.

The project investigates antisemitism, a topic that is widely discussed in research, in the media, and in public debate in general. The pupils examine how antisemitism was expressed in Norwegian newspapers in the years preceding the German occupation, and point to their own generation’s lack of knowledge of the role the media have played historically in the spread of antisemitic attitudes. This issue is particularly topical in our times, when xenophobic utterances pose a substantial problem.

The pupils make active use of current research, and the report gives a clear account of the method employed and cogent explanations of the choices made in the course of the project. The pupils demonstrate an excellent grasp of relevant concepts, for example in a thorough discussion of the distinction between antisemitism and anti-Judaism in their sources. The range of sources consulted is impressive, and the use of empirical data analyzed in the light of existing research is a great strength of the project and makes the report very engaging to read.

The jury emphasizes that the pupils have succeeded in demonstrating how antisemitic utterances created a distorted picture in the press, where Jews were accused of committing the actions they were in fact subjected to by the Nazis. The jury congratulates the pupils with a well-conducted, impressive, and engaging research project.

In this project the pupils investigate whether small school classes are characterized by a higher degree of wellbeing among the pupils and a better learning environment than large classes. The pupils argue that with more knowledge about this issue, we may achieve a better organization of schools, and thereby establish the best conditions to allow pupils to succeed in the educational system.

The project treats of a well-known question within school research, namely how the size of classes influences the pupils’ learning environment. This is a very well-conducted project, and the report is very well written and engaging to read even if it treats of a subject that has been afforded much attention in earlier research. The report is genuinely explorative, and the pupils take as their point of departure their own experiences with their school environment.

Existing research in the field is actively employed in the report’s discussion and analysis, and the report is throughout characterized by sound methodological reflections and choices. The pupils display a firm grasp of quantitative method and make good use of the data they have collected in their analysis. They present hypotheses for testing, some of which are falsified by the data. This is the case with the hypothesis that pupils in small classes experience more wellbeing and a better learning environment than pupils in larger classes. The pupils let the data speak for themselves, even when they contradict their hypotheses.

The jury emphasizes that this is a very good research report, which stands out in particular because of its high level of methodological reflection. The jury congratulates the pupils with a well-conducted research project.

20 upper secondary schools and more than 800 students from all over Norway participate in the Holberg Prize School Project each year. The students are assisted by scholars and the projects are integrated into their regular curriculum. Three research projects are awarded prizes of NOK 30,000, NOK 20,000 and NOK 10,000, respectively.

The finalists are announced in mid May and the School Project Award Ceremony is held during the Holberg Week in early June each year.