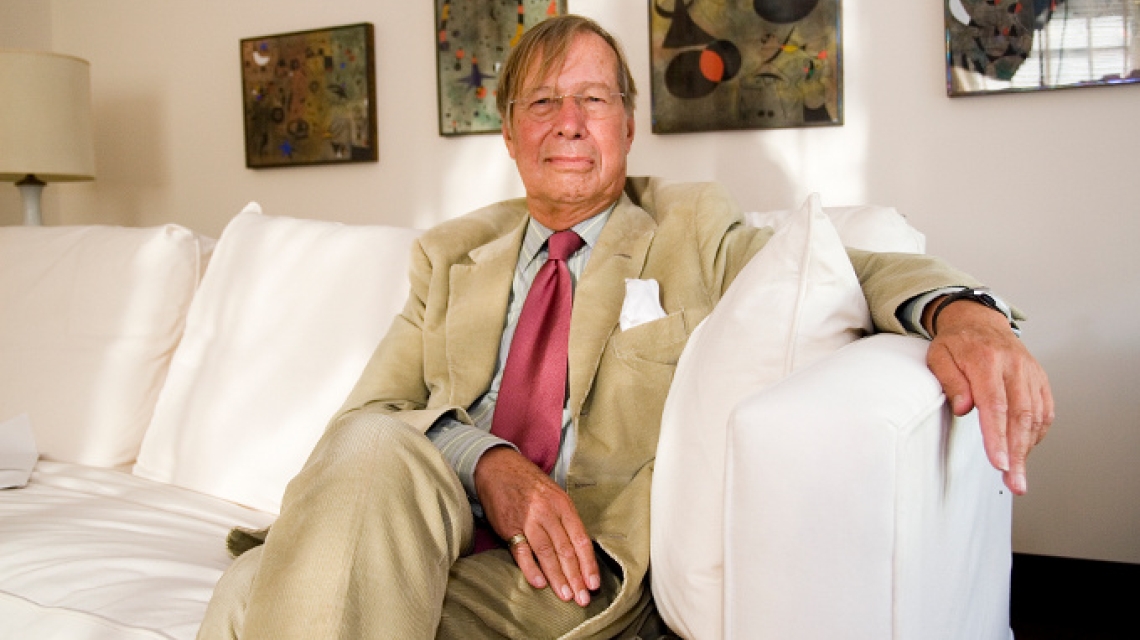 'The province of Jurisprudence,' said Ronald Dworkin in 1975 of H L A Hart, his predecessor in the Chair of Jurisprudence in Oxford, 'is now the province he has travelled.' It is particularly opportune today to return this wonderful compliment to Dworkin himself. In the last thirty years Dworkin has left his mark in the Philosophy of Law to the point where nearly every contribution to the field is either directly or at least indirectly an engagement with his work. But not only has Dworkin dominated the Anglo-American scene; he has also achieved the near-impossible feat of opening out the debate across the hitherto sealed border of Anglo-American, analytical, Jurisprudence and Continental legal theory.

By Emilios Christodoulidis
Professor of Legal Theory, University of Glasgow

Dworkin's monumental contribution to legal theory is far from his only achievement and his contributions to political philosophy and epistemology have been profound. His willingness to strike out in ever new directions, never shying away from controversy, engaging at both theoretical and practical levels, as philosopher and teacher, tying abstract philosophical ideas with concrete dilemmas in law, morality and politics, have molded his image as a public intellectual par excellence.

Already in the sixties, in an early article whose impact was enormous ('Is Law a System of Rules?'), Dworkin leveled a blow to the positivist 'orthodox' view of the legal system from which it is still reeling. In dissecting 'hard' cases in law Dworkin argued that there were 'principles' and 'values' at play in legal interpretation that could not be accommodated in the positivist view of law as a matter of enacted rules. The thesis was systematically elaborated in Taking Rights Seriously ( 1977) (a title, by the way, that has spawned a thousand imitations) in which Dworkin also offers a powerful defence of rights as in all cases 'trumping' considerations of policy, liberal values in all cases trumping utility considerations, the 'right' trumping the 'good'. This uncompromising liberal viewpoint informed the more 'political' interventions collected in A Matter of Principle (1985) in which Dworkin famously saw the role of law as elevating disputes from the battleground of politics to the forum of principle.

These insights are re-elaborated and systematized in Dworkin's opus magnum of 1986, Law's Empire. Nothing that he wrote before or since has had a comparable influence and raised such controversy. The book is a masterful synthesis of his insights about law but now integrated into a theory of interpretation informed by the hermeneutical tradition. It also allows Dworkin to bypass any naïve pitting of individual rights against community values: Law's Empire not only sets community at the heart of a theory of law, but also uses law as a lever for politics and the self determination of community. Dworkin staggers the argument to advance three theses: the interpretative one, that the nature of law can only be understood in the practice of a community; the prescription for integrity, that there is always a right answer in law, and it is the one that gives the best justification for a decision that best fits the institutional record, the history of past legal decisions; and finally what might be called a 'republican' thesis, about how the community substantiates itself through arguing legal questions in the interpretative way, and how this thorough involvement in legal argument, especially about constitutional issues, allows communal self government through law. 'Empire', the judge 'Hercules', 'personification', fraternity', 'community' are the terms that measure the ambition of his project. Dworkin's guiding concept is no modest principle of adjudication but rather one that engages a community in an interpretative undertaking that leads to a determination of its normative commitments, law giving participants a privileged language to debate normative questions. This alone allows him the grandiose claim that ''we live in and by the law'; that 'it makes us who we are.'

The core theoretical commitments that informed Taking Rights Seriously and Law's Empire have been revisited and further developed in later writings, where the emphasis has shifted away from legal philosophy to broader questions of political philosophy and ethics. His Life's Dominion (1993) centres on the 'sacred' value of life itself: he argues there that in respect of the two most ethically controversial questions of our time, abortion and euthanasia, a choice about values is involved, a choice that people with self-respect must be free to make for themselves. Equality is for Dworkin our communities' Sovereign Virtue, another of his famous titles (2000). Government, he claims, must show equal concern for the lives of all citizens. And 'equal concern' for Dworkin, is expressed when the distribution of opportunities and resources in a community is guided by two ideas: (i) that distribution needs to be insensitive to endowment, that is, not dependant on family-, race- or other genetic advantages; (ii) that it must be sensitive to individual choice, that is, it should respect an individual's choice to commit to the amount and kind of work he or she chooses. Dworkin's liberal egalitarian standpoint emphasizes equality of dignity and respect and identifies individual human worth as constitutive of any decent conception of justified political action.

It would be doing Dworkin an injustice, however, if one were not to conclude with what is most distinctive about his work: that is the way in which his theory informs his political interventions and his life as public intellectual. He is a passionate teacher, as generations of students in Oxford, New York and London will testify. But he is also an intellectual 'engagé': indicatively only, he is famous for his defence of affirmative action programmes; for his stance against apartheid; and for his frequent interventions to protect free speech.

It is the latter that is today perhaps the most poignant. It is to Dworkin's great credit that he has raised his voice eloquently and clearly against the American Academy's dubious complicity with its Administration's harsh and illiberal anti-terrorist 'Patriot Act' and executive measures and practices. In articles and speeches, and most recently in Is Democracy Possible Here? (2006) he warns that such measures constitute a dangerous compromise of the values that underpin US legality. He worries that the 'Bush government's dubious laws, practices and proposals have provoked surprisingly little protest in America.' He rebuts all this hysteria forcefully and eloquently. He says: 'It is true that the rights that we traditionally recognise impair our security to some degree. We might well be a safer society if we allowed our police to lock up people they thought likely to commit crimes in the future ... But we must decide not where our interest lies on balance, but what justice requires.' This is admirable stuff. And it is brave stuff too, given the pressure that American academics appear to be under to run to the call of patriotism, whatever those who dictate the agendas of public life demand that to mean, require and excuse. Let us finish with a statement of Dworkin's that captures what community values, and therefore patriotism, mean to him:

'The US government has already gone too far in displacing the constitutional and legal rights that we have evolved as our own national standard. ... What our enemies mainly hope to achieve through their terror is the destruction of the values that they hate and we cherish. We must protect those values as well as we can, even as we fight them. That is difficult: it requires discrimination, imagination and candour. But it is what patriotism now demands.'